The Sistine Secrets: Michelangelo’s Forbidden Messages in the Heart of the Vatican by Benjamin Blech and Roy Doliner (Apr 29, 2008)

The Sistine Secrets: Michelangelo’s Forbidden Messages in the Heart of the Vatican by Rabbi Benjamin Blech & Roy Doliner is an international best-seller that is stirring considerable interest as well as creating heated controversy and discussion round the world.

Appearing in April, coinciding with the 500th anniversary of Michelangelo’s starting work on the frescoes of the Sistine Chapel,

Among the highlights, the authors convincingly demonstrate that Michelangelo incorporated many teachings of Jewish Midrash and Kabbalah into the Sistine Chapel – daring ideas unknown to its four million annual visitors. And unlike the DaVinci Code, this book is not fiction but fact.

Jonathan Harr, author of the New York Times bestsellers The Lost Painting and A Civil Action
“This book of astounding revelations is built on careful scholarship, lucid exposition, and it is, above all, compelling reading.”

Translated into Indonesian at time of tsunami and into Portuguese

Publisher’s Weekly said “Picks up where Harold Kushner’s classic  When Bad Things Happen to Good People  leaves off,   and offers a Jewish corrective to Kushner’s view”;

Ari Goldman, former Religion Editor of the New York Times: ‘Benjamin Blech puts God back in the driver’s seat of human events where He belongs.”

“ Rabbi Benjamin Blech deserves recognition as a 21st century sage— warm-hearted, wise, witty, insightful and, ultimately, inspirational. His wonderful new book is enhanced by his rich and phenomenally varied background as well as a prose style that is lucid, forceful and captivating. In short, every reader— Jew or Gentile, believer or skeptic— will feel enriched by a work that enhances our understanding and engagement with some of life’ s most persistent and important questions.”

•        Translated into Russian, Turkish and Portuguese

Judaism is primarily a religion of actions rather than beliefs. When the Jewish people accepted God’s covenant, they committed themselves first to obedience and practice, and then to striving to understand the message implicit in the Torah. In Understanding Judaism: The Basics of Deed and Creed, a perfect textbook for independent and classroom study, Rabbi Benjamin Blech presents a comprehensive explication of the Jewish faith. What does it meant to be a Jew? How does religion affect the ways in which Jewish people think and act? What are the basic concepts of Judaism? This volume answers these vital questions.

Larry King: “A masterpiece, a work of art”

Consistently among the top best-sellers in the Idiot Guide series

Translated into Turkish, Russian and Portuguese

Amazon.com
Whether you’re getting back to your roots or getting ready for your first seder, it couldn’t hurt to get a little help with your Yiddish, and the formidable Rabbi Benjamin Blech is here to lend a hand with the self-deprecatingly named Complete Idiot’s Guide to Learning Yiddish. This language has been a strong influence on American English and pop culture, so even if you’re a hundred miles from the nearest synagogue you can learn plenty just from browsing the Rabbi’s words of wisdom. It’s not just vocabulary lists and pronunciation guides, either–that would be far too boring for such a vibrant language. You’ll learn why a culture that typically uses two languages (Hebrew and whatever’s local) needed to develop a third, and why it stuck. There’s also lots of Jewish history and contemporary Yiddish American crossovers to put the language in its context–and, given the importance of humor in Jewish culture, there’s a liberal helping of jokes and funny moments to help you grasp words and concepts. Chapters on holidays, travel, food, family, health, entertainment, and more round out your Yiddish experience. If you want to gossip with your local yenta, understand Lenny Bruce routines, or get to know one of our nation’s founding cultures a little bit better, The Complete Idiot’s Guide to Learning Yiddish will make you a maven. –Rob Lightner

Your Name Is Your Blessing: Hebrew Names and Their Mystical Meanings by Benjamin Blech and Elaine Blech (Aug 31, 1999) 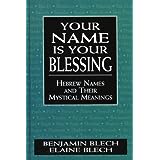 Your Name is Your Blessing: Hebrew Names and Their Mystical Meanings is the first book of Hebrew names that offers not only a comprehensive list of ancient and modern names with their meanings, but also a mystical insight, by way of gematria (the total of its letter components), into the personality, the soul, the prophetic destiny, and the blessing of every person based on his or her name.

Understanding Judaism: The Basics of Deed and Creed by Benjamin Blech (Sep 1, 1992) 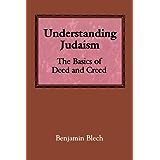 •        Video filmed by producers of 20/20 used in conjunction with book in schools, Adult Ed programs, synagogues round the world; Presently featured on the website www.aish.com  as basis of a course on Judaism in their University on the Web under the Pathways heading. This website is the largest Jewish website in the world with over 2 million hits a month, 260,000 weekly subscribers. 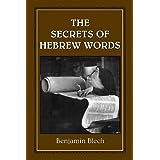 Did you know that hidden in the Hebrew word for Israel is a clear allusion to the patriarchs and matriarchs of the Jewish people? Did you know that the number of commandments in the Torah is indicated by its very name? What fundamental truths of the Jewish faith are revealed by Hebrew words? How can one understand their many levels of meaning and thereby grasp the essence of each? In The Secrets of Hebrew Words, Rabbi Benjamin Blech takes readers on a richly rewarding journey through the fascinating world of acronyms, gematria (the reckoning of numbers), and other techniques, revealing profound secrets of Jewish thought, cultural values, and religious perspective. Rabbi Blech explores a vast array of topics that convey the major ideas of Judaism: Israel, God, and Torah; life and death, truth and falsehood, good and evil, joy and sorrow, love and hatred, peace and war; the blessings of life (wealth, wisdom, the soul, friends); man, woman, and family; biblical heroes and villains; and prophecies and predictions. Each word pertaining to a given theme is presented in a succinct one-page analysis, providing an informative glimpse into its significance. Readers will understand the real power behind a lie as indicated by the Hebrew word for falsehood, sheker. They will find the key to the jewish approach to immortality embedded in the word kever (grave). And they’ll experience countless other insights as they examine all of the words in this thought-provoking book. The Secrets of Hebrew Words is an intriguing collection of linguistic gems that will entertain readers while giving them a deeper insight into the jewish faith and its people.

“A life-affirming gem. A rare glimpse into the mind of a biblical master working through a personal crisis.” – David Sacks, Emmy Award winning writer, Producer.

“Rabbi Blech has shown a unique ability to communicate the wisdom from our greatest repositories of knowledge and transform them into practical application for our everyday lives.”  Morris Smith, former Portfolio Manager, Fidelity Magellan Fund

“Even economists can learn something frrom this witty, inspirational book. So can – and should – everyone else.” – Robert E. Litan, Vice President and Director, Economic Studies, The Brookins Institute

“A must read.” – Senator Al D’Amato, former Chairman of the Committee for Banking and Urban Affairs 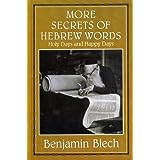 Chosen to be translated into Russian for Jewish immigrants to Israel

Just as in his previous volume, The Secrets of Hebrew Words, Rabbi Blech brings readers into the fascinating world of gematria (the reckoning of numbers) and acronyms to uncover the vast profundity hidden in everyday Hebrew language. Rabbi Blech demonstrates that the language through which God creates the world is not composed of a haphazard arrangement of Hebrew letters. The letters are also numbers that define the essence of things with the exactitude of mathematics.

Used as college text round the country

“This is no ordinary history book. Instead of a historian telling the story, Rabbi Benjamin Blech allows the actors in this long running play to speak for themselves…” Washington Jewish Week 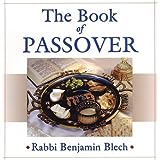 The World from a Spiritual Perspective: A Collection of Insightful Essays from Aish.com by Benjamin Blech (Jun 19, 2012)

Over the course of many years writing for Aish.com, I commented on a wide range of topics – from movies to Bernie Madoff to Tiger Woods to the killing of Osama bin Laden – as well as a host of other major and minor noteworthy events. What connects these essays is nothing less than Judaism. And that’s because for me Judaism means looking at the entire world through the lens of a divinely ordained perspective known as the Torah. Judaism isn’t just a religion that teaches us how to relate to God. It’s a way of life that is meant to make us wiser, more contented and better people. This collection of essays explores the how viewing the world from a spiritual perspective can uncover new avenues of understanding and elevate our daily lives.

The hurried pace of our lives and the all-consuming demands of our daily activities often leave us unable to pursue answers to the profound questions that define our existence and purpose on Earth. This book offers an exploration into some of these fundamental questions: How can we live lives that are spiritually ennobling and personally fulfilling? How can we be blessed with achievements that leave the world enriched by our presence? Rabbi Blech’s observations are informed by decades of study and personal wisdom, yet distilled to a few pages each. As Chief Justice Oliver Wendell Holmes once observed, “a moment’s insight is sometimes worth a life’s experience.”