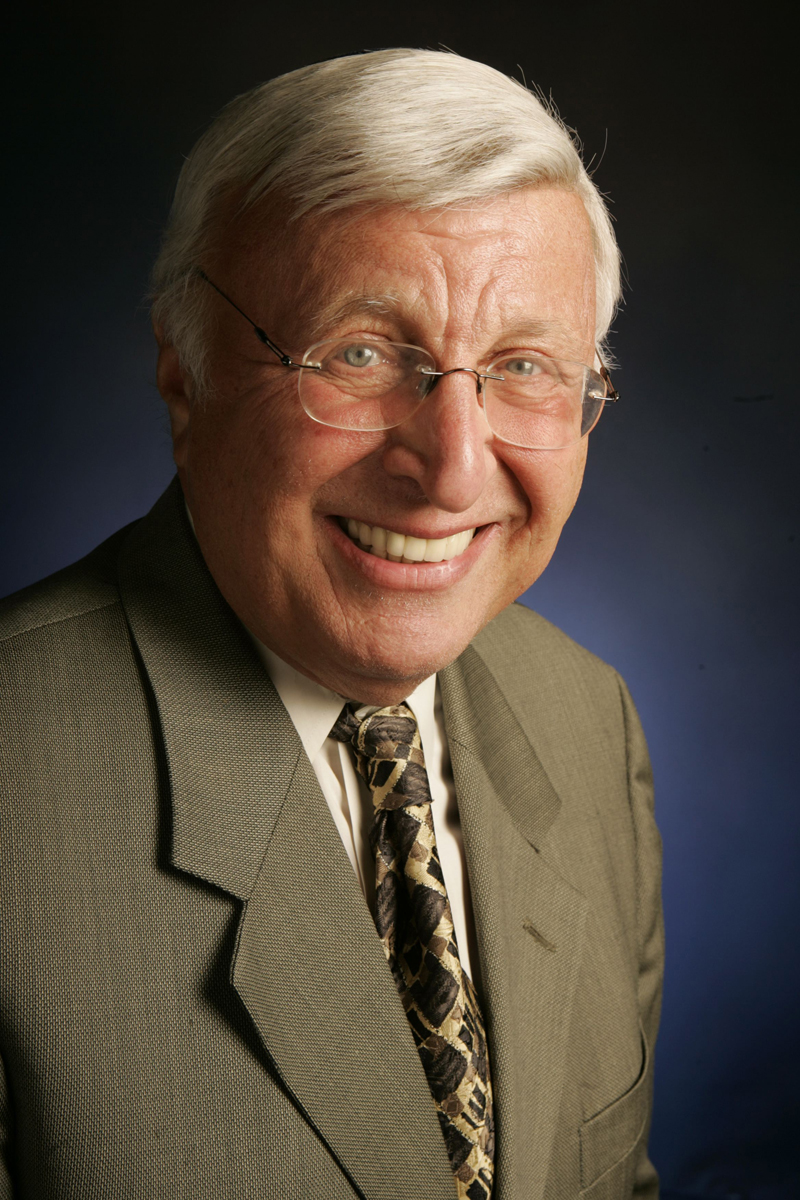 Rabbi Blech is the author of nineteen highly acclaimed and best selling books, with combined sales of close to half a million copies, including the international best-seller The Sistine Secrets, translated into 16 languages and soon to be a major documentary feature film.

A tenth-generation rabbi, Rabbi Blech is a Professor of Talmud at Yeshiva University as well as Rabbi Emeritus of Young Israel of Oceanside.

He is a frequent lecturer in Jewish communities as far-flung as Australia, South Africa, New Zealand, Bangkok, Singapore, Hong Kong, Tokyo and Israel and closer to home he has served as Scholar-in-Residence at hundreds of synagogues throughout the United States and Canada. His regular columns on the Aish website continue to attract a world-wide audience.

Changing the Way We View Death

In Hope, Not Fear Benjamin Blech helps readers approach the end of life with calm. More than six years ago Blech was diagnosed with a fatal illness and given six months to live. Over the course of his career Rabbi Blech had counseled hundreds of people through the losses of loved ones and their own end of life, but when confronted with his own unexpected diagnosis he struggled with mortality in a new way. This personal and heartfelt book shares the answers people grappling with the end of life want to know—from what happens when we die to how we can live fully in the meantime. Drawing insights from many religious traditions as well as near death experiences, Hope, Not Fear shares the wisdom and comfort we all need to view death in an entirely new light.

While Blech’s book is uplifting and life-affirming, he does not flinch from asking (and answering) the hardest questions of all.

Really enjoyed it; beautifully written and quite fascinating.

At 139 pages, without footnotes but with seven additional pages of suggested contemporary readings. . . this slender but splendid book is conversational, an introduction to the subject for the ignorant (which is almost all of us) . . . the 85-year-old Rabbi Blech writes with the excitement of a bling person suddenly able to see the aurora borealis. On every other page, it seems, he discovers Jewish ideas about death that are ‘fascinating,’ ‘remarkable.’

Rabbi Blech has long been a friend and teacher from whom I have benefited greatly. In Hope Not Fear, Blech invites the world into his caring heart, insightful mind, and wealth of wisdom as he gets to the very core of our relationship with the Almighty while helping us understand the true meaning of our existence and destiny. In allowing us to confront our feelings of death, he mandates that we affirm our savoring of life. He draws upon his vast experience, personal encounters, and unparalleled knowledge to bring the world an awakening volume that will inspire us all. The Sistine Secrets: Michelangelo’s Forbidden Messages in the Heart of the Vatican

Stirring considerable interest as well as creating heated controversy and discussion round the world. Among the highlights, the authors convincingly demonstrate thatMichelangelo incorporated many teachings of Jewish Midrash and Kabbalah into the Sistine Chapel – daring ideas unknown to its four million annual visitors. And unlike the DaVinci Code, this book is not fiction but fact. Your Name Is Your Blessing: The Mystical Meaning of Hebrew Names

Your Name is Your Blessing: Hebrew Names and Their Mystical Meanings is the first book of Hebrew names that offers not only a comprehensive list of ancient and modern names with their meanings, but also a mystical insight, by way of gematria (the total of its letter components), into the personality, the soul, the prophetic destiny, and the blessing of every person based on his or her name. Judaism is primarily a religion of actions rather than beliefs. When the Jewish people accepted God’s covenant, they committed themselves first to obedience and practice, and then to striving to understand the message implicit in the Torah. In Understanding Judaism: The Basics of Deed and Creed, a perfect textbook for independent and classroom study, Rabbi Benjamin Blech presents a comprehensive explication of the Jewish faith. What does it meant to be a Jew? How does religion affect the ways in which Jewish people think and act? What are the basic concepts of Judaism? This volume answers these vital questions. If God is Good, Why is the World so Bad?

In these troubled times, people are asking very difficult questions about God and their faith: The Intro in the series  in The Exegesis 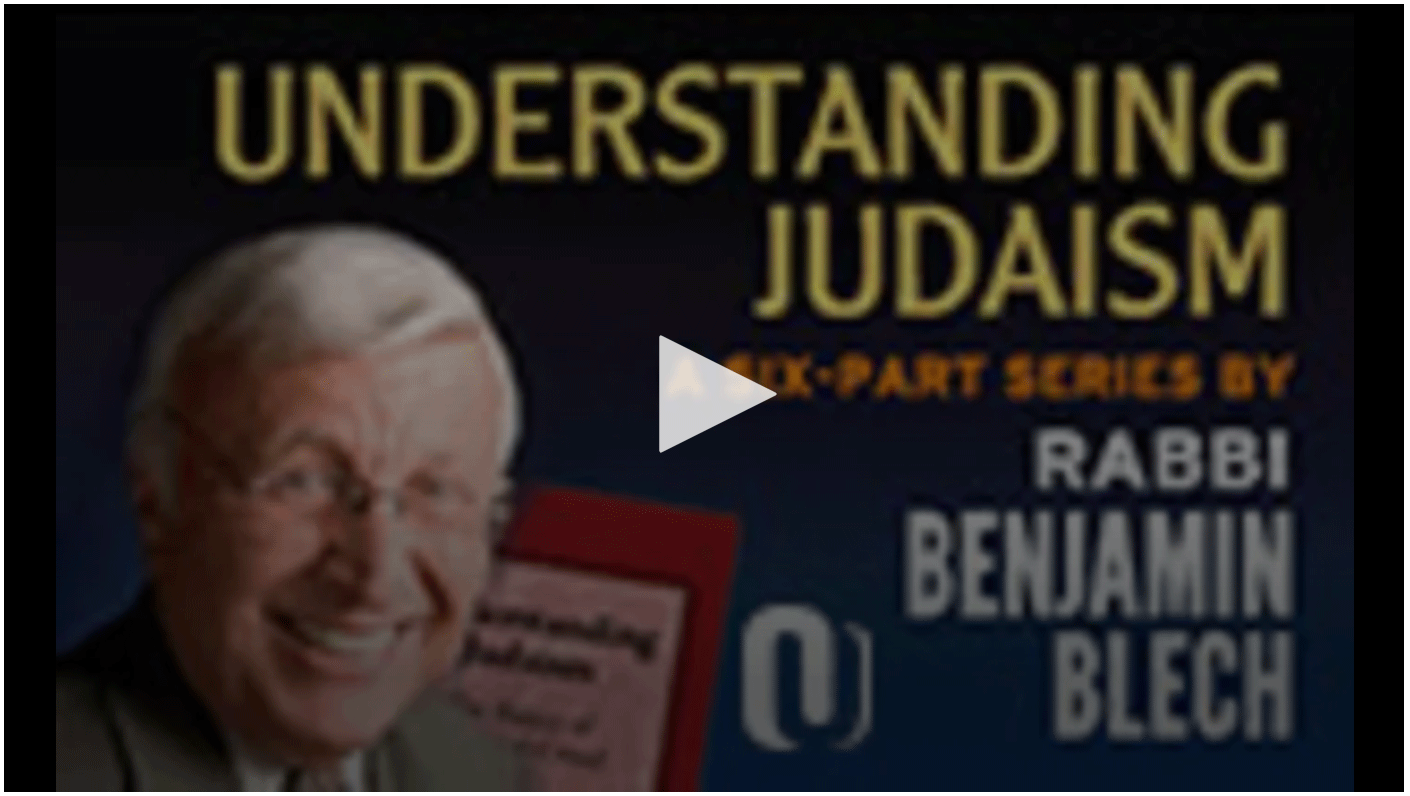 A six-part series for individual and group Torah study If God is Good, Why is the World so Bad?

Lecture based off the highly aclaimed book

On behalf of the Fifth Worldwide Meeting on Human Values team, we thank you for sharing your time, knowledge and love with Monterrey City as well as with the world by livestream. We are sure your message has been encouraging for thousands in their path to internal growth and in taking action to achieve a change in humanity. It has been an honor to meet you and have you as keynote speaker at the fifth edition of this event.

Man, are you a phenomenal guest – fast on your feet – a man of your word and principle. Keep at it – judging from the emails you triggered there’s a nation thirsting for it. Thanks again/